How to Run a Successful Team Retreat 2021

And at the end of it all, the only question we did to each other was: When is our next team retreat?

Even though Publer was founded over 5 years ago, this was the first team retreat we organized.

A team retreat is a wonderful investment that intends on boosting the fun, trust, and friendship between everyone. Whether you’re keen to explore new places with a group of people, get recharged for the next season, or simply take some inspiring days off – a team retreat ought to give you that kind of mindfulness.

It is a bonding experience that stays documented forever.

It all starts with getting hyped

It’s all about a healthy process called ‘retreat teasing’. The team members go out a lot before starting the trip. They highlight bits of information they’ve heard or read, give advice about the right clothes to wear, get to know each other (so they know better who they’re sharing a room with), etc.

What defines a team retreat success

Human rapport! Teams have almost every type of person:

A team retreat starts with a purpose

The purpose consists of having a lot of fun and building new relationships that last for a long time.

It must have tasks

In our case, we understood our tasks organically. Some of the team members helped the others walk in tight, dangerous, and rough hills by putting their hands together and calmly giving advice.

A part of the team collected enough woods around the village to stay warm during the night while we played challenging games that would end up revealing everyone’s real character. In the end, you’re a simple citizen who’s being blamed by the mafia that you’re actually the policeman.

Some of the team members would wake up early to prepare meals for the 7-hour hike – and organizing them into respective bags. PS: It took us 9 hours.

A team member is a partner that sails through the challenges with you even if you’re 1800 meters above the land. That’s right. The highest peak of Valbona to Theth trail was 1800m and we made it!

Once we arrived on top, there was a mix of emotions that collapsed, and that would show a whole new side of the team. There were happy faces from people who were enjoying the fact that they actually finished the long and extra tiring climbing. Meanwhile, some others were taking tons of photographs and creating memories. On the other side, there were the emotional ones who started crying after they saw numerous horses loaded with heavy bags from other groups of tourists. Like, 100 kg each. That’s not fair!

Here’s a list of steps that you must consider once you decide to organize a team retreat in 2021:

Decide the length of the trip and location

After mentioning the team retreat all year long, we finally decided.

This year has been very difficult for many people around the world and that can’t be denied. Luckily, we’ve made it through the challenge of seeing multiple businesses close their activity forever. That’s because we could all work remotely and were available more than a normal full-time schedule.

The pandemic made the location choice quite impossible as we were more interested in visiting some famous city (in Europe maybe). Yet, we were all mindful of the situation and decided to support local tourism. Valbona to Theth hike was the final decision.

Deciding a location is more important than you think. If you’re wondering why we weren’t at the beach, enjoying fresh seafood and some good local wine – we’ve got an answer for you: there’s nothing better than a challenging adventure that shows who’s who in reality.

Out-of-the office ToDo-s are better than you can imagine. Even if you’re enjoying a nice free weekend at home and decide to be an all-day-long couch potato – you still want to know what’s your next move.

Back at our topic – there are different ways you could organize a team retreat. Some schedule a mix of both activities: work and fun games. Some teams like to work in the morning while having a nice cup of coffee and then play games. After that, they get back to working on presentations and finalize their day with a nice glass of wine.

While in our case, the weekend was a completely free-from-work one. Luckily, we are using Publer as a social media post scheduler and everything was pre-organized so that our online presence wouldn’t even be affected. *Pun intended

The smartest thing to do during a team retreat is the proper time-management. Manage the time to gather around and share experiences, allow everyone to take some time alone to disconnect from the daily routine, etc.

Have a goal in mind

Whether you’re the CEO, Co-Founder, Manager, or you’re working for a whole other role but the team retreat’s idea was all yours – then you had a goal in mind for sure.

There’s nothing compared to evening talks when you share personal experiences from which you’ve learned a great lesson. Making fun of the first interviews or reminisce an old joke is a golden treat.

There are tons of healthy conversation topics you might consider during your next team retreat, like what challenges everyone, which was the most inspiring leader they got to know during their professional experience, what would they be working if their actual profession weren’t an option, etc.

The goals differ! And they really should. Escaping the office for a couple of days and converting it into a peaceful time is what every office should do – even monthly.

One of the main reasons why a company should have a staff retreat is because of the productivity, focus, and environment’s energy which gets improved right after a team retreat. Regardless of the location and length, a team retreat is a treat we’re all thinking of every day.

According to cbinsights.com, one of the top 20 reasons a startup fails is because of the disharmony on the team.

Mistakes to avoid during a team retreat

Now that’s a retreat to remember. 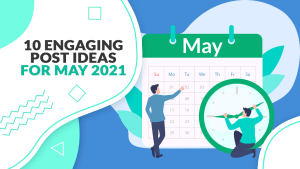 When it comes to being creative we sure have our ups and downs. One can’t simply get in front of the laptop and start writing. 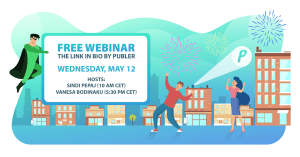 This is your sign to empower your Instagram! It’s time to deep-dive into one of the most powerful tools by Publer: The Link in Bio.